How Does CBD Affect the Endocannabinoid System?

Recent science has found that the endocannabinoid system does not just respond to the endocannabinoids produced in the body, but also respond to external cannabinoids like the phytocannabinoid cannabidiol, or CBD. Introducing CBD to the body can help reduce the symptoms of a wide range of illnesses including epilepsy, multiple sclerosis, chronic inflammation, depression, diabetes, rheumatoid arthritis, anxiety, and opioid withdrawal.

CBD acts upon CB1 and CBD2 receptors located throughout the body to produce a variety of potentially positive outcomes. CBD does not bind directly to either of these receptors but instead impacts them indirectly. These indirect actions include activating TRPV1 Receptors that work to control important functions like pain perception, body temperature, and inflammation. CBD can also increase the amount of anandamide in the body. Known as the “bliss molecule,” anandamide plays a role in the neural generation of pleasure and motivation.

How Does CBD Affect the Endocannabinoid System? 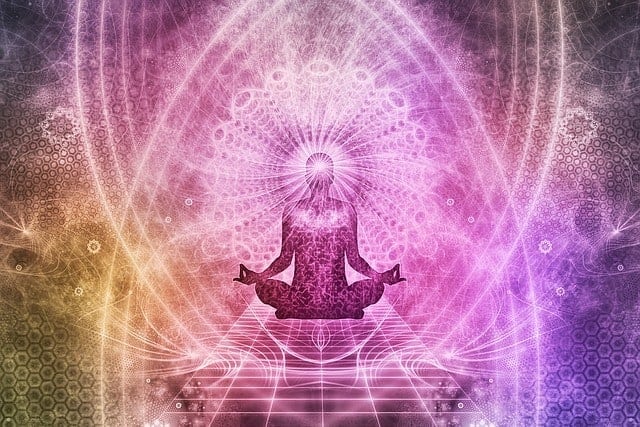 Your endocannabinoid system plays a role in regulating everything from mood to inflammation.

The endocannabinoid system's purpose is to respond to endogenous cannabinoids produced within the human body.

During their research, scientists have learned that the system will also recognize and respond to cannabinoids from external sources, including the phytocannabinoid cannabidiol (CBD).

According to the National Institute of Health, manipulating the endocannabinoid system by introducing external cannabinoids like CBD could be useful in treating a variety of medical ailments, including:

Keep in mind that this CBD benefits chart is not a full list, and we are only beginning to discover how cannabinoids can help and heal.

Benefits of activating the CB1 receptor include:

While these are desirable effects for most people, CB1 receptor activation does not come without risks. These risks include:

Please note that these are most often side effects associated with chronic consumption of a potent CB1 receptor agonist such as THC, and not with a non-psychoactive substance such as CBD.

CB2 receptors (first discovered in 1993) occur most commonly in the spleen, tonsils, thymus, and immune cells such as mast cells, monocytes, macrophages, B and T cells, and microglia; only a small number exist in the brain.\

Changes in CB2 receptor function is synonymous with virtually every type of human disease; be it cardiovascular, gastrointestinal, neurodegenerative, psychiatric, and autoimmune. It even plays a role in liver and kidney function, bone and skin health, cancer, and even pain-related illnesses. [S]

Activating the CB2 receptor induces macrophages to destroy the beta-amyloid protein which is the main component of the plaque found in the brains of people with Alzheimer’s disease.

The human body does produce cannabinoids. Endogenous Cannabinoids are neurotransmitters produced within our bodies that bind to cannabinoid receptors in the brain, immune system, and elsewhere. Examples include anandamide, 2-arachidonoylglycerol (2-AG), n-arachidonoyl dopamine (NADA), and virodhamine (OAE).

Endocannabinoids perform differently to the more well-known neurotransmitters like serotonin, dopamine, and norepinephrine.

Dopamine, for example, is synthesized in advance, stored in the vesicle, and in response to stimuli, is released from the presynaptic cell, where it crosses the synapse, lands on the postsynaptic cell, and causes activation.

Endocannabinoids, on the other hand, are key components of cellular membranes that we manufacture on demand. Since endocannabinoids are hydrophobic, they cannot travel very far in the body and so their effects are localized.

This allows the postsynaptic cell to control the flow of neurotransmitters coming from the presynaptic cell.

While THC has a strong binding affinity for both CB1 and CB2 receptors, cannabidiol (CBD) has no particular binding affinity. Instead, many of the therapeutic benefits of CBD are created through indirect actions.

These actions include activating TRPV1 Receptors. These receptors are involved in regulating pain, body temperature, and inflammation.

CBD also works to inhibit Fatty Acid Amide Hydrolase (FAAH). This inhibition creates higher levels of endocannabinoids like anandamide. Anandamide, or the bliss molecule, plays a role in the neural generation of pleasure and motivation so it’s appropriate that its name is derived from “ananda,” a Sanskrit word meaning bliss. It also performs other important functions like regulating feeding behaviors and assisting with embryo implantation during the early stages of pregnancy.

Implications of CBD in Medicine and Health

CBD’s effect on the endocannabinoid system, as well as its impact on other areas of the human body, suggest that it may be useful in treating a multitude of medical conditions.

For example, the medical community has already identified that THC can be an effective treatment for multiple ailments, including the side effects of chemotherapy.

Because CBD inhibits the negative effects of THC, there is a possibility that administering the two together could be more beneficial than supplementing with THC alone.

Because CBD stimulates the endocannabinoid system, it helps to promote homeostasis in the body, reducing the sensation of pain and inhibiting inflammation.

Research into the possible uses of CBD and other cannabis compounds is a growing area of study, meaning the list of potential benefits is likely to grow.

5 Responses to How Does CBD Affect the Endocannabinoid System?