Cannabis in Canada: The Status of CBD Oil

Cannabis in Canada: The Status of CBD Oil 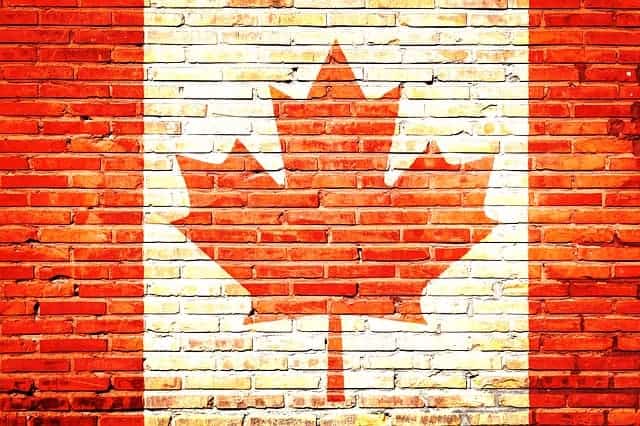 Recreational cannabis is legal in Canada… But CBD oil? Not quite. Learn about Canada’s laws on cannabidiol and how CBD’s legal status could change.

Those friendly neighbors on the northern U.S. border have a reputation for being fairly liberal minded. In fact, as of October 2018, Canada legalized cannabis for recreational use. But what about CBD oil? How easy is it to buy and is it even possible for a U.S. citizen to buy CBD oil in Canada? If so, is there a special process that needs to be followed?

Before traveling to any country it’s important to understand the local laws, particularly when it comes to substances that may be classified as illegal drugs. So, whether you’re planning a permanent move to Canada or simply popping over the border for a blissful weekend of poutine, hockey, and maple syrup, being informed is key. Here’s what you need to know about the status of CBD oil in Canada.

What Are Canada’s Laws on CBD Oil?

While medicinal cannabis has been available for purchase in Canada since 2001, the passing of the 2018 Cannabis Act made recreational use legal at a federal level. Great news, right? Unfortunately, it’s not quite as straightforward as it may sound.

The Cannabis Act allows for members of the public to carry up to 30 grams of cannabis purchased from retailers authorized by the provinces and territories. The new laws also allow Canadians to grow up to four cannabis plants per residence, but surprisingly, the act doesn’t mention CBD oil.

In fact, the Cannabis Act only includes cannabis in fresh, dried, oil, or seed form; edibles and extracts are excluded from the current legislation. CBD oil is technically not a cannabis oil, but a cannabis extract because of the processes undergone to isolate the cannabidiol (CBD) from the rest of the plant.

The current status in regards to edibles and extracts as per the 2018 Cannabis Act is:

“Other products, such as edible products and concentrates, will be legal for sale approximately one year after the Cannabis Act has come into force and federal regulations for their production have been developed and brought into force.”

As of yet, there have been no pronouncements about any changes to the federal regulations but the Canadian government continues to state that edibles and extracts are a part of ongoing discussions.

So, as of right now, CBD oil exists in a legal grey area in Canada. It is not technically legal for purchase but there are a few exceptions.

While the most recent piece of legislation around recreational cannabis does not include CBD oil, the previous laws around medicinal cannabis did.

As mentioned above, medicinal cannabis has been legal in Canada since 2001. It was argued in the courts that the initial laws did not provide medicinal cannabis users “reasonable” access to their medicine. In response, the Access to Cannabis for Medical Purposes Regulations (ACMPR) was created to allow for the production and sale of cannabis by licensed growers directly to individuals with valid ACMPR registration.

Once the Cannabis Act came into effect, these regulations changed slightly. People wishing to possess or produce cannabis for personal medical purposes need to register and be approved by Health Canada. This registration allows patients access to a broader range of products, including CBD oil.

Simply put, CBD oil is legal for purchase from a legal producer with a prescription approved by Health Canada.

Here’s where things get a little muddy. The oil that is available for purchase in licensed dispensaries and online locations contain tetrahydrocannabinol (THC), the mind-altering cannabinoid often associated with recreational marijuana consumption. These cannabis oils often contain more THC than CBD or THC and CBD in a 1:1 ratio. This is not an ideal scenario for people looking to avoid THC intoxication.

In anticipation of a change in legislation, the biggest cannabis producers in Canada, like Canopy Growth, are looking to the future and investing in hemp farming with the intention of producing cost-effective CBD.

The argument currently made by the Canadian government is that the cultivation, extraction, and production of CBD oil is not regulated so there is no way that purity, potency, and quality standards can be met under current conditions. Once regulations are sorted, it is likely that CBD oil will become more broadly available.

However, the legal ambiguity of CBD oil has not stopped retailers from selling it. Many health food stores, pet stores, and illegal dispensaries carry it. These sales are not legal nor are these products regulated.

Can You Buy CBD Oil in Canada as a U.S. Citizen?

Since a government-issued certificate is required for Canadians to buy CBD, U.S. citizens cannot legally purchase CBD oil in Canada.

It is possible to purchase cannabis and its derivatives, including cannabis oil, while in the country. There are a few things that should be considered, though:

Legally purchased cannabis is fine to possess across all of Canada. The same cannot be said for the U.S. While many states are adopting medicinal and recreational laws allowing for cannabis and CBD oil, the federal government still considers it to be a schedule 1 drug.

Even if you live in a state where it is legal for you to possess CBD oil, crossing the border back into the country puts you in federal jurisdiction.

If you are traveling to Canada and want to participate in the vibrant, and now legal, cannabis culture, it is best to abandon that participation at the end of your stay. Crossing an international border while in possession of a controlled substance is NEVER a good idea.

If you found this article interesting you may also like to read: