Drugs that May Interact with CBD Oil

CBD oil interacts with certain prescription medications, which is why you should always consult your doctor before using cannabidiol.

Research has begun to demonstrate that cannabidiol (CBD) has the potential to effectively help a large number of people. CBD oil interacts with the endocannabinoid system in a way that produces very few unintended side-effects.

While the majority of the vast majority of the science indicates CBD oil is safe for use and consumption, it does pose a few risks that, if not properly understood, could be dangerous.

One of these risks is the inhibition of the cytochrome P450 enzyme system.

What is the Cytochrome P-450 System?

Found within the liver, the cytochrome P450 enzyme system is responsible for metabolizing potentially toxic compounds, including over 60% percent of any drugs you have consumed.

According to Davis’s Drug Guide, this system contains more than 50 enzymes that process and eliminate toxins.

In order to determine the appropriate dosages of medications, doctors make calculations using the average amount of time it takes for various drugs and medications to be processed through the cytochrome P450 system.

If only one drug is being processed, and the system is generally healthy, these averages provide accurate dosage information.

However, certain substances have the ability to affect processing times within this system, making drugs metabolize faster or slower than they would on their own.

Similarly, if the cytochrome P450 system is unhealthy due to problems with the liver or other pre-existing conditions, drugs may not metabolize as they should.

Cannabidiol in the Cytochrome P-450 System

Cannabidiol can inhibit the cytochrome P450 system’s ability to metabolize certain drugs, leading to an overall increase in processing times.

Interestingly, CBD oil is not alone in its effect on drug metabolism. Grapefruit, watercress, St. John’s Wort, and goldenseal all have a similar impact in terms of CYP450 inhibition.

When the CYP450 system is impacted in this way, it leads to higher levels of certain drugs in your system at one time. This can cause unwanted side effects, and sometimes, an overdose.

If you are taking a medication affected by cannabidiol, you should consult your doctor to make sure that it is safe for you to supplement your personal care routine with CBD oil. From there, the two of you may consider adjusting the dosage on your medications so that you can use both products safely.

Drugs that Interact with Cannabidiol

Any drug metabolized by CYP450 enzymes could potentially interact with cannabidiol. According to the Indiana University Department of Medicine, drugs known to use the CYP450 system include:

This list does not include all of the potential medications impacted by cannabidiol. Nor will every medication in the categories contained on this list will cause an interaction. For these reasons, you should consult with a medical professional before supplementing with CBD oil.

There are certain medications, known as “prodrugs,” that need to be metabolized to produce the therapeutic compound. In other words, you ingest an inactive compound and once in the body, it is processed into the active drug. If this processing is dependent on CYP3A4 (part of the larger CYP450 system), then inhibitors can result in too little active drug in the body for the desired therapeutic effect.

Codeine, for example, is a prodrug that is metabolized into morphine which provides the effect.

Vyvanse and Concerta are two other popular pharmaceutical medications for ADHD that fall into this category.

If you are worried that your CYP450 pathway may not be functioning properly, physicians can test the system to ensure that the medications you take are metabolizing as expected. 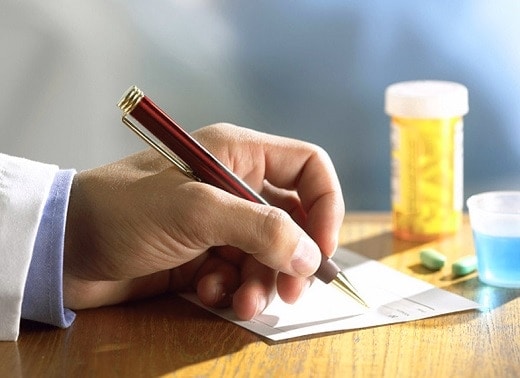 Alcohol and cannabis are both widely consumed in our society and the effects of combining the two are well known.

What is less understood by the general public, is the effects of combining alcohol and the cannabinoid compound CBD.

Alcohol depends on a few different metabolic pathways in the human body, with the primary enzymes involved being:

In people who only drink socially or occasionally, ADH and ALDH handle the entire workload of metabolizing ethanol. However, when binge drinking (or during chronic consumption of alcohol) CYP450 gets involved to assist the overloaded ADH and ALDH pathways.

Here are some interesting tidbits about alcohol and CBD oil:

Although the pharmacokinetics of alcohol and CBD are not yet well-understood, what we do know is CBD inhibits the CYP450 enzyme system, and this system plays a significant role in alcohol metabolism.

Additionally, as found in mice, CBD alters levels of ADH and ALDH to varying degrees.

It is important to be mindful and cautious when mixing CBD and alcohol.

Caffeine and CBD – Better than a PB&J

Caffeine is the world’s most famous and commonly consumed psychoactive drug. Who doesn’t ingest even a little from time to time?

CBD oil is rapidly gaining ground on coffee in terms of popularity and so it only makes sense that people would start combining the two.

As it turns out, the two substances go very well together!

Caffeine is molecularly very similar to adenosine, a compound produced in our bodies that activates the A2a receptor. Caffeine binds to the A2a receptors, inhibiting the reuptake of adenosine.

When adenosine binds to the A2a receptor, the result is what is commonly known as the ‘rest and digest’ effect. It helps us to calm down and relax. Because caffeine inhibits adenosine from binding to its receptors, it increases clarity and alertness.[S]

Similarly, CBD oil also binds to the A2a receptor, blocking the reuptake of adenosine.[S] So the theory goes that by combining caffeine and CBD, adenosine is blocked across the board, resulting in not only more stimulation, but reduced anxiety (due to CBD’s effects on other neurotransmitters systems).

It is worth noting that these effects depend on the serving size of the CBD. High amounts of CBD are more likely to cause drowsiness and sedation.

Additionally, caffeine is metabolized by a CYP450 enzyme, specifically CYP1A2. As CBD inhibits the CYP450 enzyme system, a slowed excretion rate of caffeine will occur. This can mean the effects of the caffeine will be more prolonged and drawn out. The can be both good and bad!

On the bright side, CBD oil and caffeine together will cause the boost from your morning cup of coffee to last all day instead of just a few hours. On the downside, it’s easy to overdo it and end up wide-eyed in bed when you are trying to go to sleep.

Considering this information, again, it is best to be mindful and cautious when mixing caffeine and CBD.

Can CBD Oil Be Addictive?

One of the most common questions we get is: Can I get addicted to CBD oil? The answer depends on what you mean by “addicted.”

When looking at the chemical impacts of CBD oil, the answer is no. Cannabidiol is not physically addictive in the same way opiates, cocaine, alcohol, and other drugs can be. Also, CBD oil does not produce any physical withdrawal symptoms when you stop using it. In fact, CBD oil is currently being researched as a potential tool for minimizing the severe withdrawal from drugs like opiates.

But, having said that, human beings can get addicted to just about anything including exercise, music, sex, and food.

Because CBD oil can alter essential liver enzymes, it is crucial to do your research, talk to your physician, and figure out how to best consume CBD oil for your specific situation.

Information and education will be your most powerful weapons going forward.

How To Use CBD Oil

When taking cannabidiol, it is important to consume only the recommended serving size.

Raising or lowering this amount may produce the opposite of the desired effect.

Keep in mind that some people may metabolize cannabidiol differently because of anomalies within the cytochrome P45O (CYP450) enzyme system. And depending on when you take your medications, you may find an unintended increase or decrease in CBD concentrations in your blood.

If you suspect that you are not metabolizing CBD oil as expected, ask your doctor to test your cytochrome P450 enzyme system before adjusting your dosage.

Also, you may refer to our page on dosing CBD oil for additional information.

What You Need to Know About CBD & Birth Control

What You Need to Know About CBD & Birth Control Birth control remains one of the greatest biomedical advances in ...
Learn More

When shopping for CBD, it's essential to find the best product for your needs and your lifestyle. While CBD tinctures ...
Learn More

For people who are considering CBD or have already started trying what is available, one of the most common questions ...
Learn More

CBD oil is well known for its ability to regulate pain and inflammation, making it a valuable tool in the ...
Learn More

Cannabinoid hyperemesis syndrome (CHS) is a true mystery. It can pop up out of nowhere for chronic cannabis users, and ...
Learn More

When you first begin researching CBD oil, it can be hard to understand what you are reading. What exactly is ...
Learn More

Death by overdose has become the largest killer of Americans under the age of 50, and with opioids responsible for ...
Learn More

The most famous cannabinoids are tetrahydrocannabinol (THC) and cannabidiol (CBD). THC is most widely known for its mind-altering, high-inducing properties, ...
Learn More

208 responses to “Drugs that May Interact with CBD Oil”