The Endocannabinoid System – What You Should Know

The Endocannabinoid System: What You Should Know 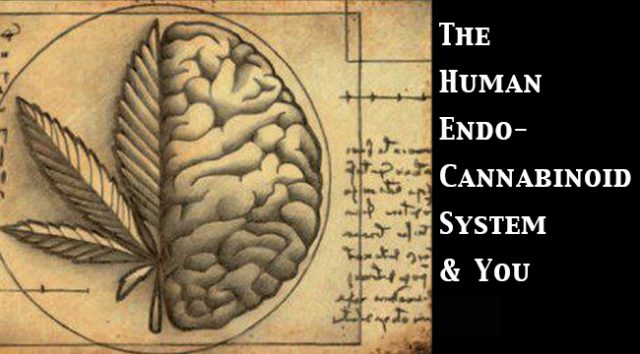 Your endocannabinoid system is a complex network that regulates a host of bodily and neural functions.

Discovery of the Endocannabinoid System

In 1988, scientists made their first discovery of a cannabinoid receptor in the brain of a rat. This discovery was very significant in light research from by Israeli scientist Dr. Raphael Mechoulam. In 1964, Dr. Mechoulam became the first person to isolate and identify both THC and CBD from cannabis.

These two discoveries have allowed scientists to work towards a better understanding of the endocannabinoid system in humans and the way that the phytocannabinoids (cannabinoids derived from plants) THC and CBD, impact the receptors in our bodies and brains.

Humans actually produce similar substances naturally, known as endocannabinoids and these neurotransmitters perform a dazzling array of functions in our bodies.

Functions of the Endocannabinoid System

There are two main types of cannabinoid receptors, CB1 and CB2. CB1 receptors are mostly found in the brain, while CB2 receptors are primarily spread throughout the body.

In the brain, these CBD receptors exist with the highest concentration in the limbic system. The limbic system is not a separate part of the brain but is a collection of the hippocampus, hypothalamus, piriform cortex, amygdala, and more.

This crucial brain region is mostly responsible for emotion, mood, behavior, olfaction (smell), and memory. This may begin to explain why an underactive endocannabinoid system can increase anxiety, fear, and depression, while reducing the joy one may derive from food and sex.

When these systems are not functioning optimally, it can cause extreme stress in the body, a potential overproduction of cortisol (among other things), and host of complications which may include:

Clinical Endocannabinoid Deficiency is a condition where an individual has a lower amount of endogenous cannabinoids than experts consider necessary to promote health and well-being.

Scientists now believe CECD may play a role in the following conditions:

These conditions often require a significant amount of medications to manage and treat. And while those medications are helpful, some of them come with a pretty significant of potential side effects. This list includes things like nausea, vomiting, abdominal pain, weakness, numbness, insomnia, suicidal thoughts, depression, anxiety, breathing difficulties and in some cases, death. These side effects are not incredibly common but they do exist.

But, there is good news. Because CEDC is considered a factor in so many illnesses, researchers across the globe are currently conducting studies to see if using a substance like CBD oil to elevate the cannabinoids in the body can have a positive impact on some of these conditions, providing relief without so many dangerous side effects.

Anandamide is a neurotransmitter known as ‘the bliss molecule’ (ananda is a Sanskrit word that roughly translates to bliss). Anandamide is actually an endocannabinoid. It is a type of endogenous cannabinoids.

Endogenous Cannabinoids: These are neurotransmitters produced within our bodies that bind to cannabinoid receptors in the brain, immune system, and other tissues. Examples include anandamide, 2-arachidonoylglycerol (2-AG), n-arachidonoyl dopamine (NADA), and virodhamine (OAE).

Phytocannabinoids: Refers to chemicals found in plants that, to varying degrees, mimic the action of our endogenous cannabinoids. Plants containing cannabinoids include:

Synthetic Cannabinoids:  Synthetic cannabinoids are essentially chemicals synthesized in laboratories, hopefully professional laboratories, that mimic our endocannabinoids. Most ‘synthnoids’ are named with an alphanumeric combination like JWH-007, JTE-907, or FAB-144.

Most health experts issue stern warnings about using synthetic cannabinoids, as studies link their usage to a myriad of long-lasting health problems.

Endocannabinoids perform in stark contrast to more well-known neurotransmitters such as serotonin, dopamine, and norepinephrine.

Dopamine, for example, is synthesized in advance, stored in the vesicle, and then released (in response to stimuli) from the presynaptic cell, where it crosses the synapse, lands on the postsynaptic cell, and causes activation.

Endocannabinoids, on the other hand, are integral components of cellular membranes that we appear to manufacture on demand. As they are hydrophobic, they cannot travel very far in the body and exert only local effects.

This limited effect makes endocannabinoids different from hormones, which are far-reaching and impact the entire body.

Additionally, endocannabinoids travel backward; first leaving the postsynaptic cell and ending at the presynaptic cell in areas where the axons are in high concentrations.

In essence, this allows the postsynaptic cell a sort of ‘flow control.’ This enables it to mitigate the flow of neurotransmitters coming from the presynaptic cell.

Anandamide is far and away the most widely researched endocannabinoid. It is an analog of THC and has a similar pharmacology, sharing roughly the same potency at the CB1 receptor.

It is synthesized in brain regions responsible for memory, motivation, and higher thought processes. Anandamide is crucial for :

Anandamide has been found to reduce the proliferation of breast cancer cells, has anti-anxiety and anti-depressant effects, and increases neurogenesis. Anandamide also plays a significant role in memory formation and also is a factor in forgetting.

Anandamide, Exercise, and Going With the Flow

For quite some time, experts agreed that the world-renowned ‘runner’s high’ was due to the release of endorphins in the body after intense exercise.

However, in 2015, German researchers demonstrated that endorphin molecules are too large to pass the blood-brain barrier.

Through their experiment on mice, they concluded the mice’s ability to experience the runner’s high was mostly dependent on their cannabinoid receptors.

We all have experiences where we feel focused, happy and as though we are performing at our peak, which makes time feel like it’s just flying by.

This ‘flow state’ is the result of increased neurotransmitters, including anandamide.

A primary building block in the synthesis of anandamide is arachidonic acid (AA), a fatty acid found in various foods throughout nature. Primary sources include:

As with all bodily systems, diet and nutrition play a huge role in the healthy functioning of endocannabinoids. Individuals who consume plant-based diets, in particular, may have more difficulty with maintaining optimal anandamide levels.

Anandamide has a very short half-life (approximately 5 minutes) and is broken down by Fatty Acid Amide Hydrolase (FAAH).

Considering this, developing inhibitors of FAAH has become an area of much research.

AM404 is the metabolic result of acetaminophen (Tylenol) combining with arachidonic acid (AA), and is also an agonist of both CB1 and CB2 receptors. This activity may explain the analgesic effects of acetaminophen.

While cacao has several known FAAH inhibitors, the stimulant theobromine contained in cacao that is thought to encourage the direct production of anandamide.

The evidence points towards anandamide being the first line of communication between a mother and her unborn child. This particular endocannabinoid is vital for the healthy implantation of a young embryo in the wall of the uterus.

Researchers have further found that anandamide levels are highest during ovulation.

Interestingly, anandamide may also be a pivotal substance in triggering newborns to suckle at their mother's breast. When newborn mice received a potent CB1 receptor antagonist (SR141716A), the mice pups failed to latch at the mother’s breast and died within a week.

The central role endocannabinoids play in fertility, pregnancy, and infancy may mean significant dangers faced by expecting mothers who choose to use cannabis products.

As always, it is important to consult with your physician and raise any questions or concerns you may have regarding the use of a natural product like CBD.

Although the 2-AG endocannabinoid doesn’t receive the same praise or attention as amandamide, it has been shown to be present at concentrations 170x greater than anandamide. 2-AG plays a role in governing:

2-AG originates from arachidonic acid, EPA, and DGLA. Great foods to eat to increase the omega-6 building blocks for 2-AG include:

Keep in mind that experts recommend consuming omega-6 fats alongside omega-3 in a 3:1 ratio. Unfortunately, most American diets see a consumption of omegas at a 20:1 ratio!

Anandamide is a selective partial agonist for the CB1 receptor, 2-AG is a full agonist of both the CB1 and CB2 receptors.

While FAAH plays a role in breaking down 2-AG, Monoacylglycerol Lipase (MAGL) metabolizes around 85% of all 2-AG. To date, the only MAGL inhibitor shown to increase 2-AG is JZL184.

However, knowing that 2-AG is the primary cannabinoid with activity at the CB2 receptor, increasing CB2 receptors could be useful.

The probiotics Lactobacillus acidophilus has been shown to increase CB2 receptors in the intestines.

While probiotics are always a good idea, prebiotics are an often overlooked solution to increase the health of our microbiome and the number of CB2 receptors.

Prebiotics are the food source for good bacteria. Food sources that provide a good amount of prebiotics include:

While THC has a strong binding affinity for both CB1 and CB2, cannabidiol (CBD) has little affinity for either receptor. Instead, CBD exhibits most of its natural benefits through indirect actions (or by activating non-cannabinoid receptors/ion channels) such as:

Cannabidiol is emerging as a promising natural supplement for a countless number of widespread health concerns, many of which are difficult to treat through allopathic medicine.

If you feel you are experiencing any or all of the symptoms of CECD, or are simply looking to increase your endocannabinoid levels, consider talking to your physician about CBD oil. Use this information as your starting point and do not be afraid to begin a real dialogue.

We know it is a challenge to wade through the medical and scientific information and we hope this gives you the confidence you need to find the best solutions for you and your lifestyle.

One Response to The Endocannabinoid System – What You Should Know