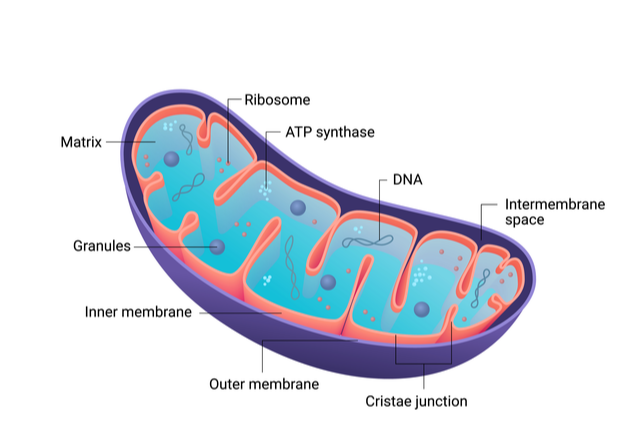 The potential anticancer effects of CBD could have to do with its interaction with proteins on the outer membrane of mitochondria.

CBD oil is well known for its ability to regulate pain and inflammation, making it a valuable tool in the treatment of hundreds of health conditions, but have you ever wondered how CBD oil impacts cellular function?

Take a deep dive into your inner works to uncover how CBD oil impacts cellular function, breaking down the scientific jargon and explaining how cannabidiol (CBD) interacts with your cells.

Back in 2012, long before the legalization of CBD oil, a study in France found that the membranes of human mitochondria possessed cannabinoid receptors. This was the beginning of what would be a long line of research into the endocannabinoid system’s role in the functioning of mitochondria.

The interactions between CBD oil and mitochondria are believed to improve autophagy and apoptosis and intracellular homeostasis. Cannabinoids such as CBD oil enhance the many important functions of mitochondria, leading to improved health and internal balance.

Why all the interest in how CBD oil affects the mitochondria specifically? Well, mitochondrial defects are thought to be associated with a vast number of metabolic, autoimmune, and neurodegenerative conditions including cancer, diabetes, cardiovascular disease, and Alzheimer’s, just to name a few.

Mitochondria are found in large numbers within all cells but red blood cells and are responsible for generating around 90% of the chemical energy that cells need to survive. The process, in which mitochondria turn nutrients into cell energy, is called oxidative phosphorylation. Understandably, if mitochondria aren’t functioning properly, it can have a negative impact not just in the cell, but throughout the body. CBD oil may be able to help improve mitochondrial function.

And it isn’t just energy production that mitochondria play a key role in, they are also involved in homeostasis, oxidative stress, and the healing and destruction of cells.

More research on CBD and mitochondria should further reveal the potentially therapeutic effects of their interaction, and could shed light on why CBD oil has been proven effective for managing a wide array of diseases and conditions. Next, we’ll take a closer look at what research has been done so far.

The control of apoptosis and autophagy in the body is one which both CBD oil and mitochondria can influence in tandem. Apoptosis is the regulated triggering of cell death, while autophagy relates to the breakdown and recycling of cell parts.

These two processes are incredibly important for health as autophagy enables cells to dissemble faulty components, and apoptosis kills cells that are dysfunctioning. Without these processes, harmful cells can continue to grow, which can result in cancerous tumors. For this reason, mitochondria are the target of many cancer-treating drugs.

There have been multiple studies published on the link between CBD oil and apoptosis. For example, a 2011 study into its use for the treatment of breast cancer found it to combat breast cancer by encouraging apoptosis of diseased cells without harming healthy cells.

Another study published in 2013 found that CBD interacted with a protein on mitochondrial membranes called VDAC1 that could be linked to apoptosis, or cell death. The study concludes, “The inhibition of VDAC1 by CBD may be responsible for the immunosuppressive and anticancer effects of CBD.”

Because phytocannabinoids are chemically similar to the body’s own, naturally produced endocannabinoids, they are able to act on the body in a potent, but still relatively gentle and familiar way.

The Role of CBD Oil in Homeostasis

Homeostasis is the state of equilibrium in which our body performs best, with all physiological processes contributing to a balanced system.

A 2016 study published in the European Journal of Pharmacology reported that an “imbalance of sodium and calcium homeostasis trigger[s] pathophysiologic processes in cerebral ischemia, which accelerate neuronal brain death.” And a further study linked imbalance of mitochondrial calcium to neurological conditions such as Alzheimer’s disease.

CBD oil impacts receptors on the surface of mitochondria, such as the sodium-calcium exchanger, or NCX. When this receptor is bound to, it opens a channel in which ions can pass freely from high to low concentrations. Through this process, CBD oil allows for homeostasis within the cell, regulating the flow of calcium through the NCX.

In the end, the regulating effect of CBD oil on mitochondria and its management of the levels of intracellular calcium could have neuroprotective benefits.

The Impact of CBD Oil on Free Radicals and Oxidization

Occasionally, ionized oxygen, hydrogen peroxide, or peroxide will form during the process and be released into the body. These unstable molecules are often referred to as free radicals; they are known to damage cell membranes, proteins, and DNA.

Antioxidants neutralize these free radicals, reducing oxidative stress and the risk of long-term damage. CBD oil is a potent antioxidant, triggering the CB2 cannabinoid receptor to encourage the protection of cells.

While many foods and consumable products are labeled as being antioxidants, CBD oil is one of the most promising. There is no better evidence of this than that given by the U.S. government. Following research published in 1998, the government filed a patent on the antioxidant properties of cannabinoids like CBD suggesting that there may be a therapeutic use.

If you found this article helpful, you may also be interested in: 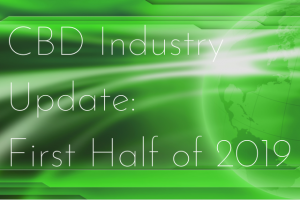 CBD Industry Update: First Half of 2019

CBD Industry Update: First Half of 2019 In 2018, the United States saw exponential growth in CBD oil product development ...
Learn More
back to top