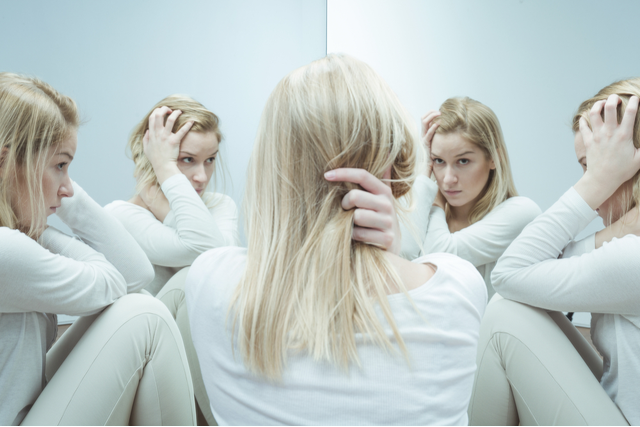 Schizophrenia is a disorder with a variety of symptoms that can make treatment hard to come by. Can CBD help?

Schizophrenia is commonly misunderstood disorder that affects nearly 3.5 million Americans. The symptoms are wide-ranging but CBD oil shows potential for offering significant relief. These symptoms can vary between individuals but are broken down into three categories: positive, negative and cognitive.

While modern medicine has found ways to treat many of the positive symptoms of schizophrenia, such as the delusions and hallucinations which are markers of the disease, it has not proved effective at treating negative or cognitive symptoms.

In addition, antipsychotic medications come with their own host of additional side effects, which can include drowsiness and dizziness as well as physical impairments like muscle spasms and tremors.

It’s no surprise that many people suffering from schizophrenia are looking to CBD oil as a way to supplement their existing mental health treatment plan.

In no way will using CBD oil for schizophrenia cure the condition. But, CBD oil could prove to be a beneficial tool in mitigating some of the symptoms caused by the disease and ease some of the side effects of the medications used to control psychosis.

The Cannabis sativa plant is often negatively linked with schizophrenia, with some studies suggesting a causation effect between its use and the development of schizophrenia.

However, not only is there no proof of direct causation, but this belief system also overlooks the many potential benefits of using pure cannabinoid extracts from the cannabis plant, like cannabidiol (CBD), in the treatment of schizophrenia.

Cannabis and hemp plants contain hundreds of cannabinoids that work similarly to the endocannabinoids produced by the body and impact the endocannabinoid system. Cannabidiol, or CBD, is a potent cannabinoid, that provides many potential positive benefits without producing cognitive impairment or adding significant negative side effects of its own.

If you’re currently taking medication for schizophrenia and are considering adding CBD oil to the mix, it is crucial that you speak to your doctor first. CBD oil has the potential to interact with antipsychotic medications, and you want to make sure you’re not putting your mental health further at risk. Here’s a chart breaking down some of the more common schizophrenia medications, their potential side effects, and how they could interact with CBD oil.

While using CBD oil in combination with antipsychotic medications may increase the risk for drowsiness, dizziness, and confusion, it may also relieve medication side effects while easing some of the symptoms associated with schizophrenia. Again, the only way to safely weigh the risks against the benefits is by speaking with your doctor beforehand.

Effectiveness of CBD Oil for Schizophrenia

While the research is far from complete or conclusive, CBD oil has a range of positive implications in the treatment of schizophrenia symptoms.

CBD Oil for the Cognitive Symptoms of Schizophrenia

A comprehensive review by researchers at the University of Wollongong, Australia, analyzed 27 previously conducted studies into the effects of cannabidiol on cognitive function, specifically looking at the potential benefits to schizophrenia patients.

CBD has been found to improve cognitive function in a number of preclinical models of cognitive impairment, including models of neuropsychiatric disorders like schizophrenia. However, due to a lack of clinical trials on humans, the researchers acknowledge it’s too early to definitely say if CBD oil could be a treatment for schizophrenia. But, the preclinical literature on the subject led the researchers to conclude, “given the ability of CBD to restore cognition in multiple studies of impairment, further investigation into its efficacy in schizophrenia is warranted.”

Following the findings of the previously mentioned review, researchers conducted a new study into the effects of CBD on rats who had been infected with polyinosinic-polycytidylic acid, a compound that simulates the effects of schizophrenia.

For three weeks, some of these rats were given a daily dose of CBD, while the control group was not. A number of clinical tests were then conducted to track the rats’ cognition and social interaction.

It was found that CBD restored recognition, working memory, and social behaviors to normal levels. These findings suggest that CBD may be successful in treating the symptoms that are resistant to currently available schizophrenia medications. And perhaps most interesting, CBD oil treatments did not impact food intake or body weight like many prescribed antipsychotic medications do.

CBD Oil for the Side Effects of Antipsychotic Medications

The medications used to treat schizophrenia can lead to a wide range of unpleasant side effects. As can be seen in the table above, some of the most common side effects of these medications is nausea, anxiety, headache, and muscle spasms or tremors. CBD oil has been shown to be a potentially effective treatment for all of these symptoms.

CBD reduces the experience of nausea and associated symptoms through its effects on CB1 receptors in the brain, which are linked to the nausea response. Cannabinoids, like CBD, are able to bind to the CB1 receptor, inhibiting the release of the neurotransmitter serotonin, which is a compound known to cause nausea when it is present in high amounts.

CBD may also reduce nausea through its interaction with serotonin receptor 5-HT1a. It’s believed cannabidiol indirectly activates this receptor, which reduces the amount of serotonin produced and present in the body and ultimately results in an anti-nausea and anti-vomiting response.

Studies on the potential treatment of spastic conditions through CBD oil use have produced promising results. For example, numerous published studies have indicated that CBD oil can aid in controlling the muscle spasms and tremors associated with conditions such as Parkinson’s disease and multiple sclerosis.

Studies have found that dopamine is responsible for signaling the start of movement and a drop in dopamine can contribute to a lack of muscle control. CBD is able to increase the amount of dopamine available by acting as an inverse agonist of the G-coupled protein receptor known as GPR6. More dopamine in the brain allows for more muscle control, and ultimately a reduction in tremors. While these studies were conducted on the use of CBD oil for Parkinson’s disease, it stands to reason that the same principles could apply to the tremors and muscle spasms that can result from schizophrenia medications.

CBD oil is well known for its ability to reduce anxiety.

In a small double-blind study performed on human subjects, participants reported lower levels of anxiety after being administered CBD oil. Brain scans performed by the researchers backed up these claims by showing increased cerebral blood flow which is consistent with decreased anxiety.

Even the National Institute on Drug Abuse (NIDA) has weighed in, saying that CBD oil can reduce “behavioral and physiological (e.g., heart rate) measures of stress and anxiety.”

Another area in which CBD oil has been found to be effective is in reducing pain. This can be significant given that headaches are a common side effect of antipsychotic medications.

Located in the central nervous system, glycine receptors are inhibitory receptors that play a role in the perception of pain. Cannabinoids like CBD have been shown to potentiate these receptors. In other words, CBD increases the effects of these receptors and reduces the experience of pain.

How to Take CBD Oil for Schizophrenia

Whether or not to supplement your existing schizophrenia treatment with CBD oil is a very personal decision, and one that should not be made without first consulting a doctor.

CBD has been known to interact with some medications including certain antibiotics and antidepressants. And because CBD oil may increase the likelihood of some of the side effects of antipsychotic medications, it is important to have medical supervision.

With a range of CBD oil products to choose from, knowing where to start may be one of the biggest hurdles. The brand, concentration, and method of use will largely come down to your own personal preference, which can involve some trial and error before you find the right fit.

For example, you may choose to start with CBD oil drops to figure out your optimal dosage, but then switch to capsules because of the ease of use and consistent dosing. Or, if you’re looking for a delivery method to address symptoms as they surface, CBD vape oil or CBD flower may do the trick.

There is no shortage of options available, so if the first product isn’t right for you, don’t be afraid to experiment a little to find something more suitable. Sometimes a combination of products ends up being ideal. A capsule or edible can offer a consistent dose while a CBD oil tincture or vape oil can provide fast relief for periods of pain, spasticity, or high anxiety.

Again, do not start using CBD oil without first speaking to a doctor. Together you can decide on the best CBD oil for you.

For more information on the different CBD oil delivery formats and how to use them, check out our beginner's guide for first-time CBD users.

The severity and symptoms of schizophrenia will vary between individuals. As such, it is impossible to give a single universal dosage of CBD oil that will work for all. It is always best to follow the recommended serving size on the information sheet included with your CBD oil product, but as a very general guide, we at CBD Oil Review have analyzed hundreds of products and come up with a standard serving suggestion:

If you are not getting results from this amount, we recommend increasing the dose by 25 mg every 3 to 4 weeks until you find relief.

For more information on dosages and some useful tips for getting it right, check out our guide here or speak to a naturopathic doctor, who will be able to provide you with CBD recommendations that are specific to your schizophrenia symptoms.

The Best CBD Oils for Schizophrenia

If you’re ready to try CBD oil to help with schizophrenia, it is important to buy a quality product.

There is no single CBD product or brand that is best for schizophrenia, but there are some ways you can narrow down your selections to ensure that you get the best CBD oil for your money and needs.

While the research is still very early, CBD oil is showing great potential for the treatment of a wide range of symptoms associated with schizophrenia. As the laws change and research expands, a clearer picture of its efficacy will form. Until then, if you are considering using CBD oil for schizophrenia, be sure to talk to your doctor.

If you liked this article, you may also enjoy: